Our job is to make people forget about the world around them. To let them experience the impossible. Sometimes even to make their dreams come true.

General Kuziora trained to become the first polish astronaut. But sometimes, even when you give your best, your dream is taken away from you.

Living up to the pilot’s unfulfilled dream, Samsung commissioned us to crate a VR reimagining of the historical spaceflight as a part of #DoWhatYouCant campaign. Not only for him, but for everyone who has ever imagined becoming an astronaut. We encourage you to check it out in Samsung Gear VR for the best possible experience, but you can also see it at the end of this post.

VML Poland came to us with a plan to use VR in a marketing campaign. The creative idea was to film a documentary about a backup pilot to the first (and only!) polish astronaut and make his dream come true with VR. The pivotal role virtual reality had in the touching documentary was unprecedented at the time.

Aside from the short film that would directly advertise Samsung’s new flagship Galaxy S8 and their Gear VR technology, the VR Experience was to become available public.

It had to be both believable and awe-inspiring.

The Missed Spaceflight brings people through space and back in time, to let them live the dream of becoming the nation’s first astronaut in the times when the country was buried deep in poverty and dullness of communism. We wanted to make the best kind of branded experience - one that is of real value to real people - not only the retired general, but for all of you who once were kids dreaming about becoming astronauts. 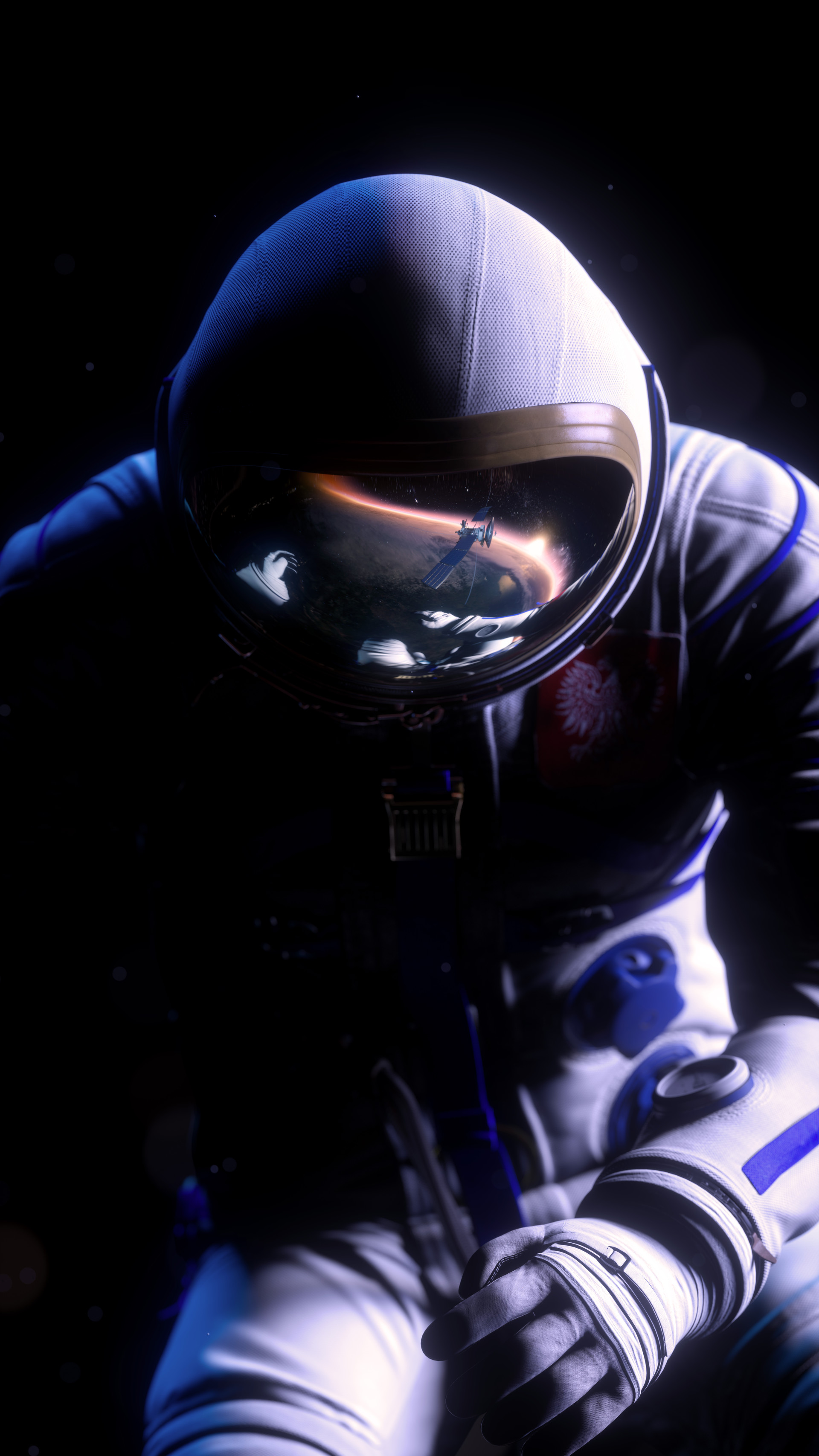 After researching the Soyuz 30 mission and throughout studying the space exploration we had a vision grounded inreality. Then we started adding magic. Huge panoramic window, vibe building lights and colors, nostalgic soviet era gadgets and probably the first ever astronaut selfie. 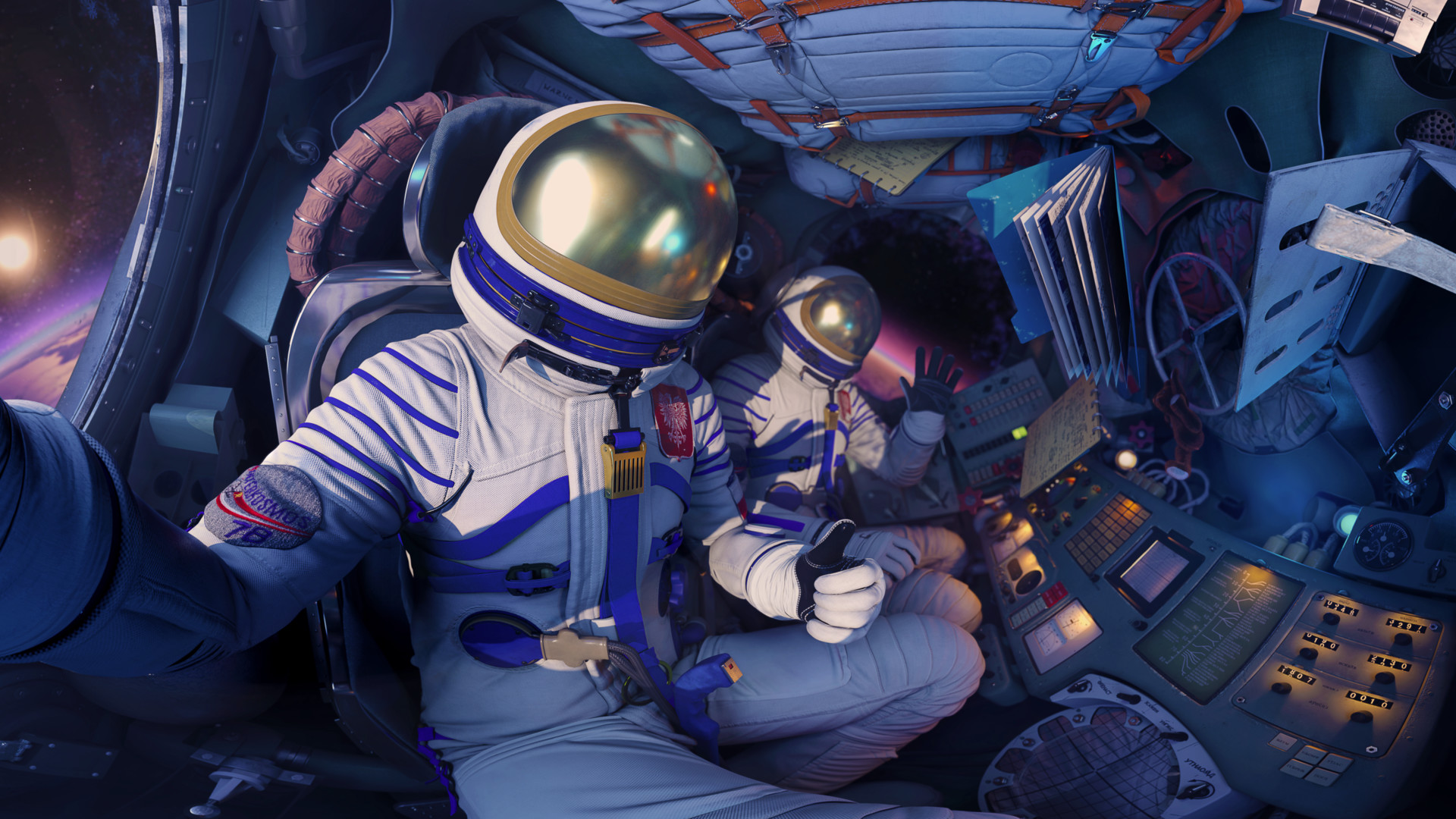 Whenever we were too heavily constrained with reality, we analyzedwhich key cinematic moments VR could truly amplify and ways in which we could extend the experience. We wanted people to feel the claustrophoby, stress and intensity of the 70's spaceflight, but also a relaxing moment of weightlessness and spectacular view at sunset from the orbit.

When we started designing the spacecraft we aimed at realism. We’d never imagine it was so small. The claustrophobic space and cumbersome astronaut’s position made us realise we needed a lot of detail. Everything was so close, we actually had to make it feel more alive than it really was to make it believable. Belive it or not, but this highly ambitious and technically challenging project was our first real attempt at creating highly detailed and realistic, full CGI VR story. 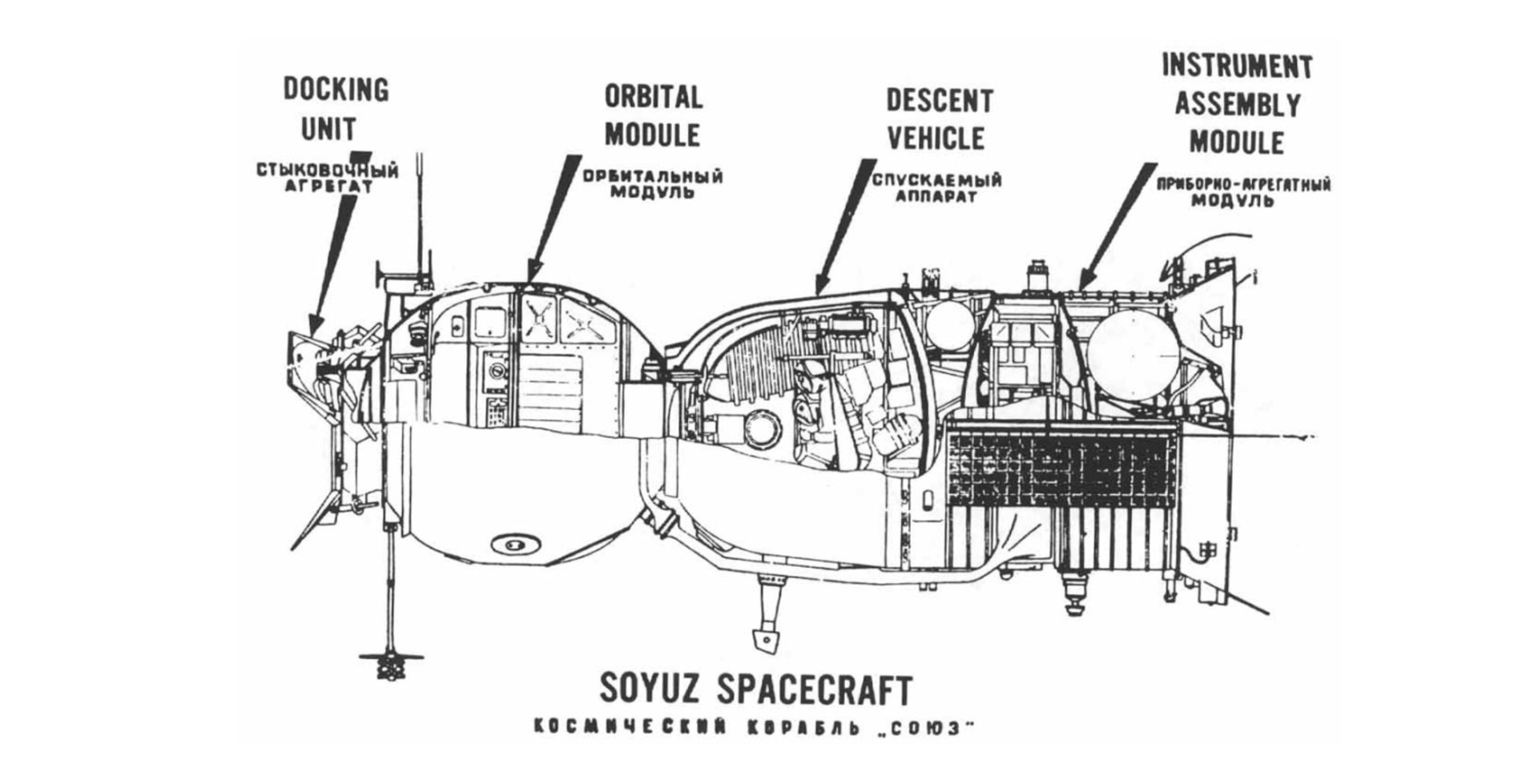 We filled the space with clunky apparatus of the era and added a lot of astronauts' personal stuff to make it feel more habited and alive. In virtual reality, where you can look anywhere you want, it’s crucial to direct user’s attention to what you want to show. We did that too (we even literally used finger pointing ;)), but we also wanted to have things happening all around, all the time.

It is what really stands out from the cinematic VR crowd - every time people took of their headsets they noticed something different. Each saw different details, liked different things. There’s so much going on around us, that most people wanted to hop in and fly again.

Minutes-long master shots are rare in film, but achievieng presence in VR often relies on this technique (rarely with good results). We wrote the script to take advantage of it, but it was still a great challenge to produce. Everything, everywhere - every object in the scene had to be continously present and animated the whole time. Whenever it stopped, even for less than a second - it immediately looked fake - and there was nowhere to hide it. 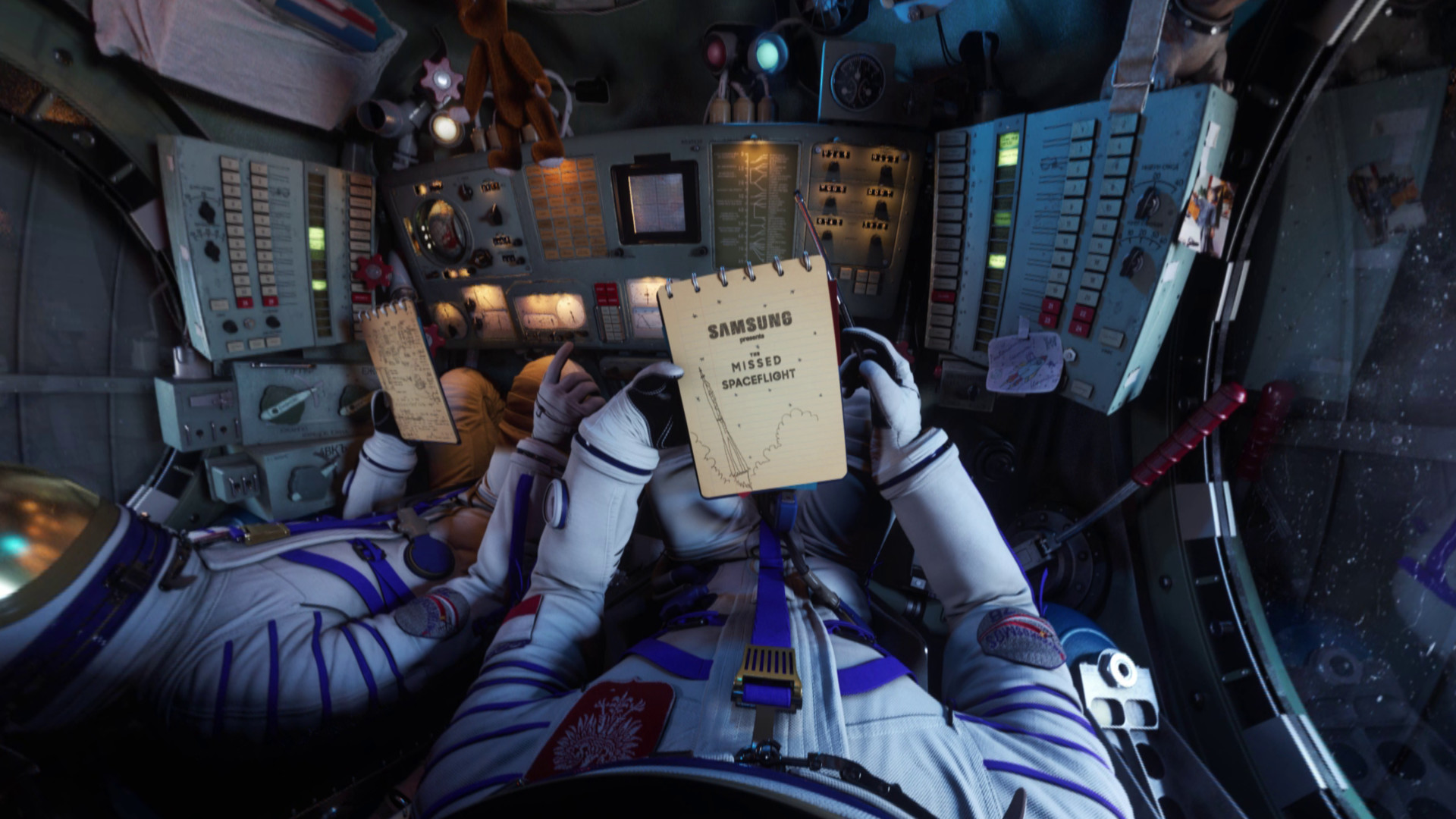 Every control panel, tiny pointer and even every little buckle is animated all the time. Objects float in weightlessness and get stuck between stuff. Take our teddy bear for example - every spaceflight has a mascott hanging to show the g-force and that's exactly the purpose of our toy here. That's why we physically simulated the movement of whatever we could - including the teddy bear. 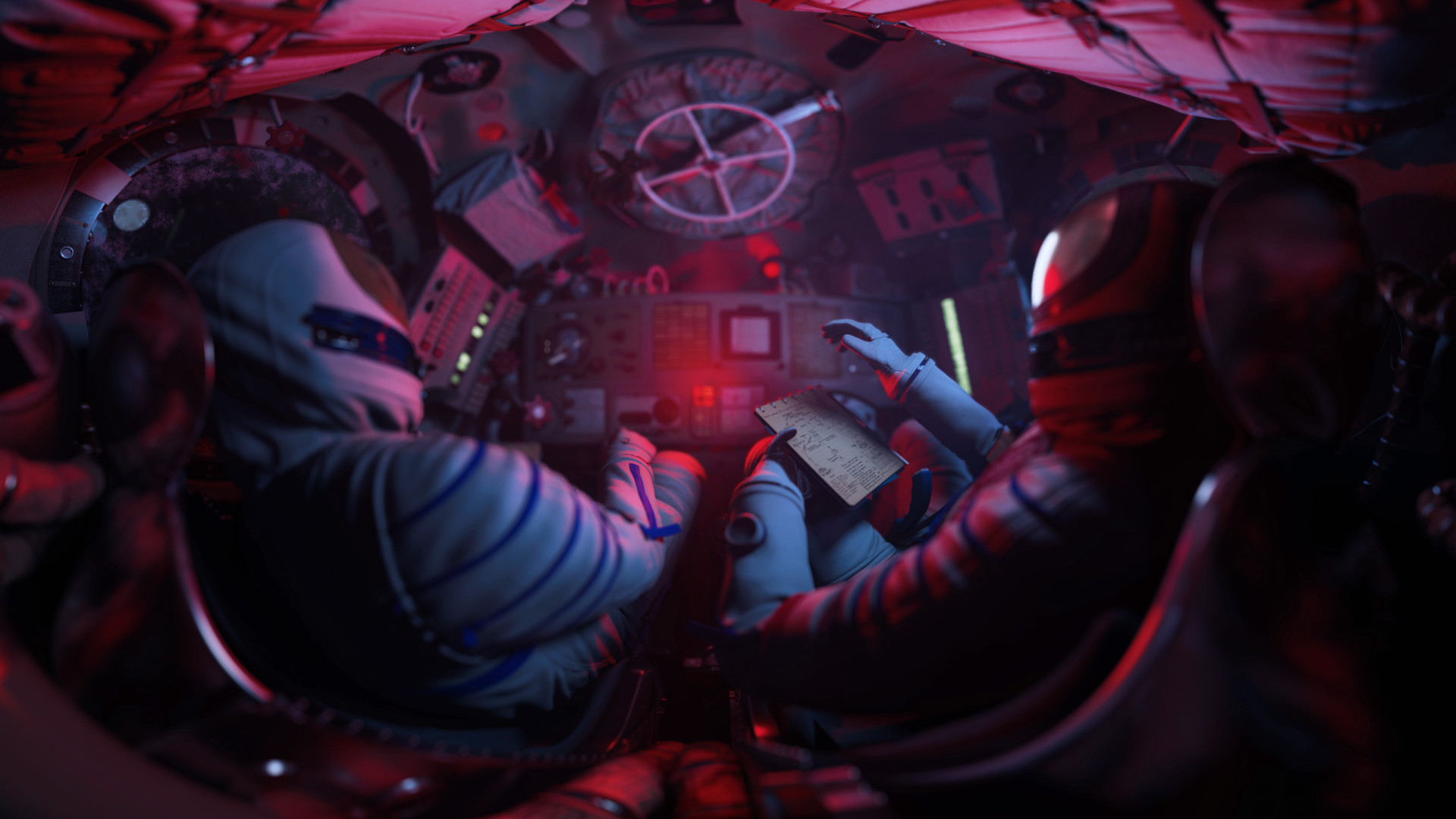 Besides what’s happening inside, we wanted viewers to gasp at the view of Earth from space to create an awe-inspiring experience. Adding a kind of ‘out-of-body experience’ to the end was one of the most important moments to us. We belive that VR is for experiencing the impossible and if you’re already been to space inside our Soyuz, why not just get out of it?

The condensed action and great attention to detail resulted in a high fidelity experience that most want to see more than once. It mimics real life - you can't comprehend everything happening around you at once - and there's a lot going on in and outside our capsule.

The Holy Grail of VR experience is a genuine feeling of presence. We have an honour to have our most prestigious viewer documented on film as he reached out to touch the panels and grab the floating objects. His reaction meant the world to us because he trained on the same machinery in almost identical simulator to get ready for this journey. 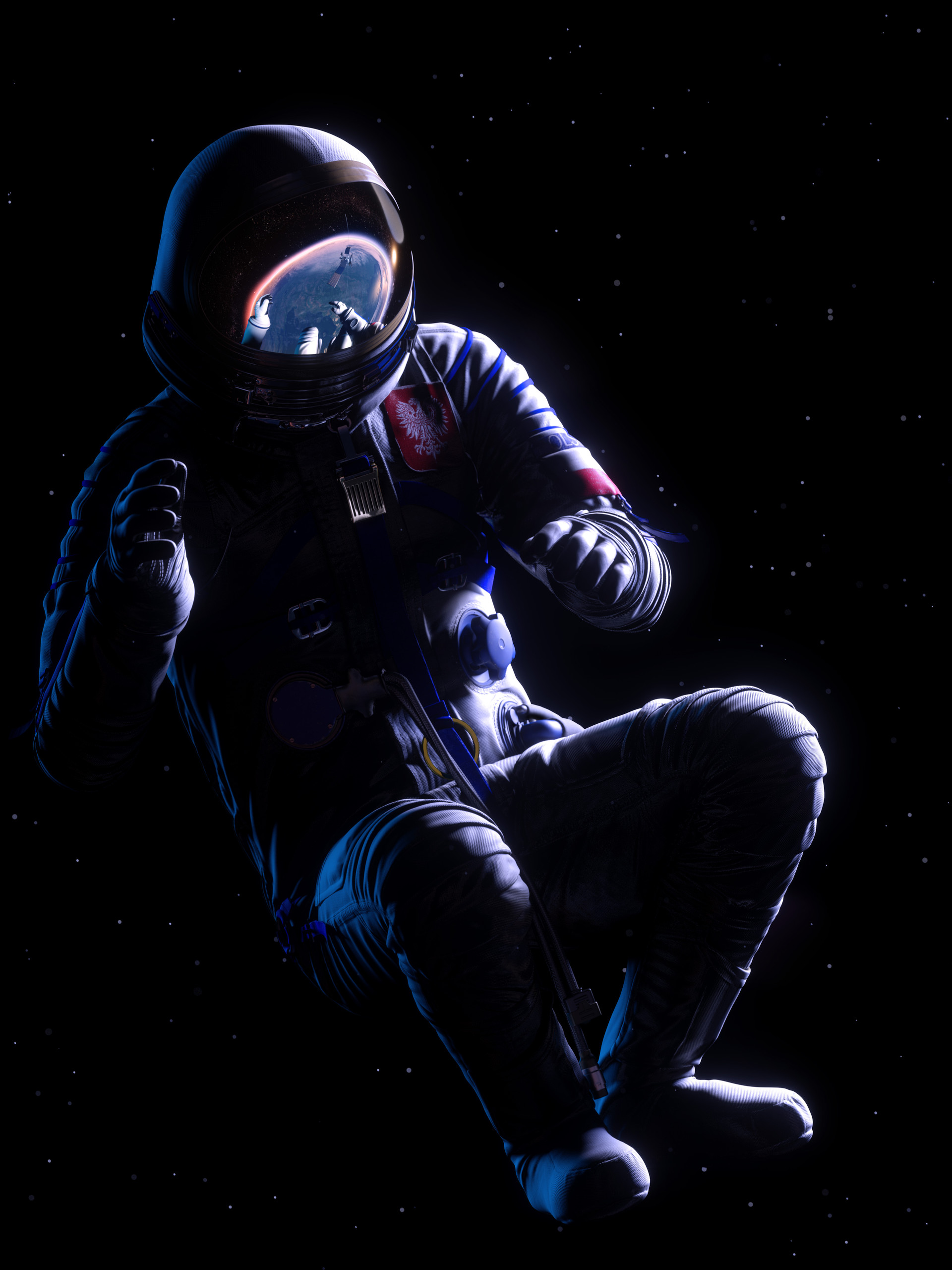 The end result is a fully immersive, cinematic VR experience with truly ambisonic sound and a meaningful purpose - to let the world know once and for all that Poland can into space. 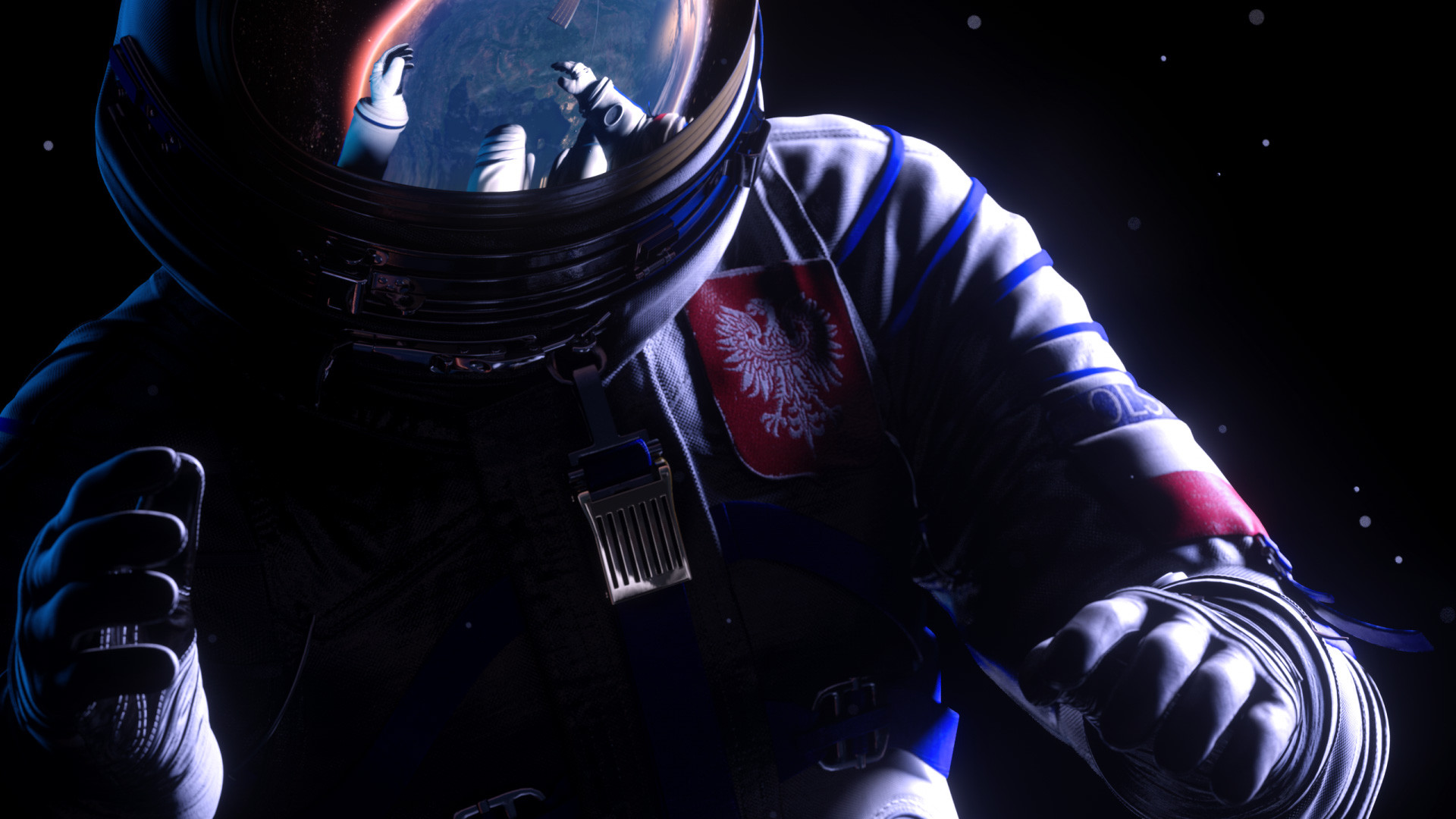 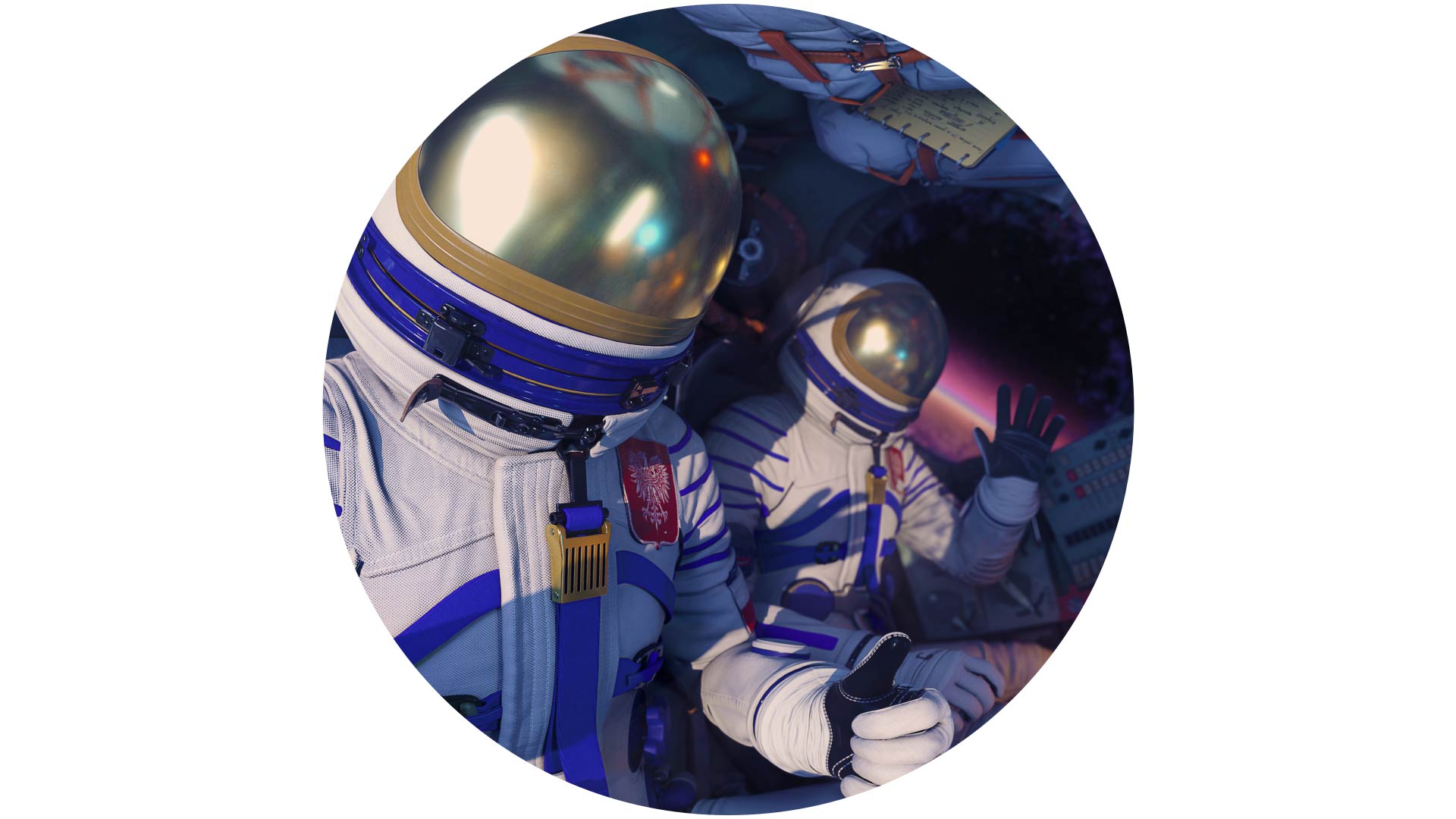